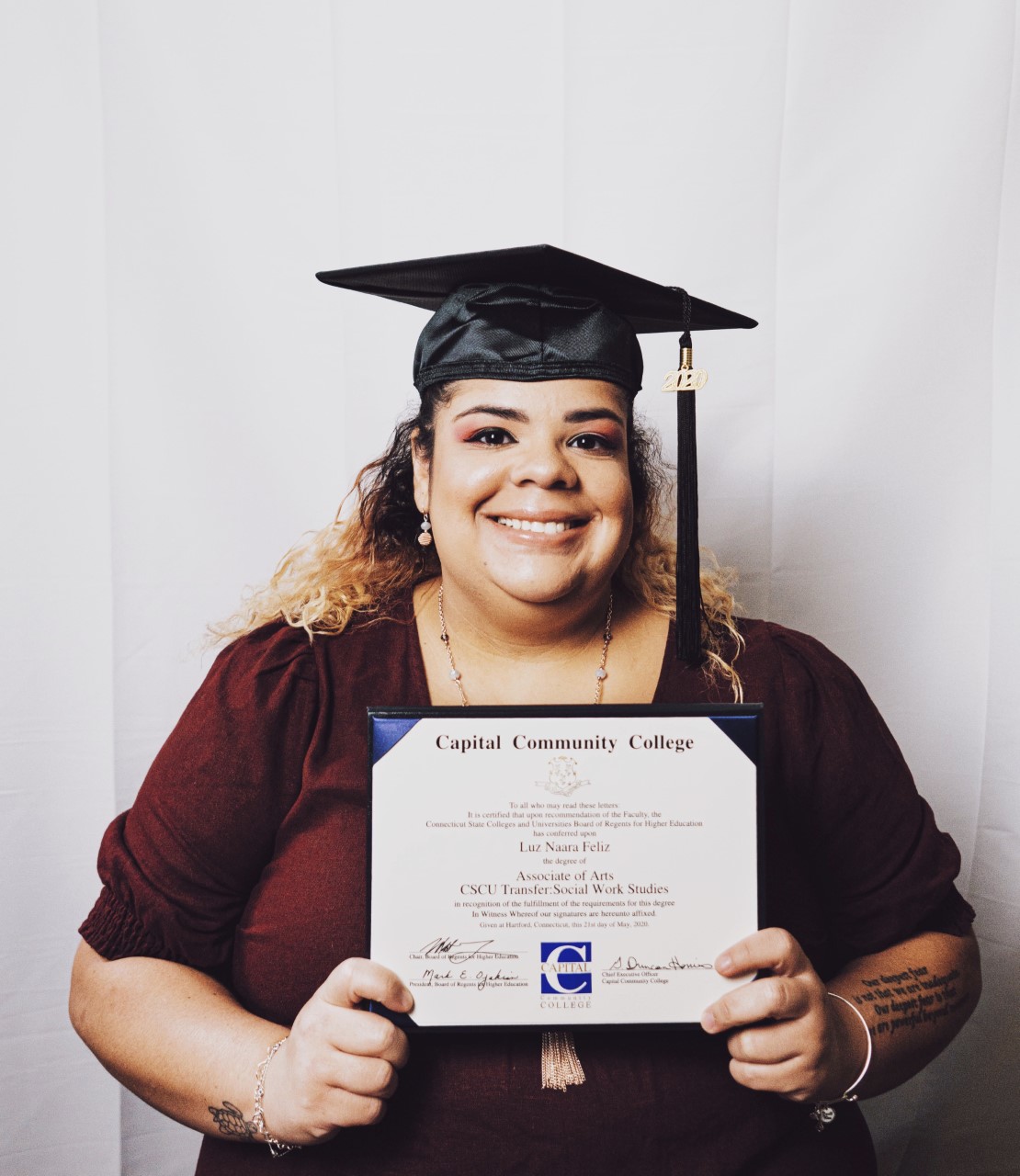 Luz Feliz is the Young Adult Peer Leadership Coordinator for Join Rise Be through Advocacy Unlimited, Inc. Although she is now in a position to help others, this has not always been the case.

At age 14, Luz was diagnosed with PTSD and Major Depressive Disorder. Due to her self-harming behaviors, she was told multiple times that she would never be able to live outside of an institutional setting. At age 18 she decided to sign herself out of the custody of DCF and leave her residential program against all recommendations. After being at an all-time low, having endured multiple long-term institutionalizations, a period of running away, and surviving several attempts on her own life, Luz’s recovery journey began in 2015 after attending Toivo, Advocacy Unlimited’s wellness center. After finding whole-hearted acceptance, and a place where she knew she could be herself despite past trauma, she began to heal.

Despite being called “lethal” during a psychiatric evaluation and others believing she could never survive on her own, Luz is now an independent 26-year-old who loves to give back and use her story of becoming unstuck to help other young adults in the same position. Additionally, in 2017 she was awarded the Young Adult Voice Award by the Keep the Promise Coalition and has also recently graduated with her Associates Degree in Social Services.

In her down time, she enjoys spending time with her family, making her friends laugh, swimming, and following the Yankees.