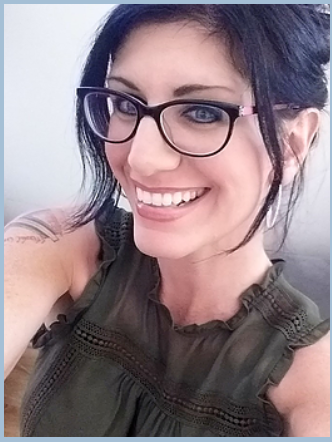 Patricia’s path to Join Rise Be has been a circuitous one to say the least!  After obtaining a B.A. in Psychology from CCSU, owning a business and having a history of inconsistent career paths; (including becoming a CNA, a Dialysis PCT, and an Accounts Manager for multiple Fred Astaire Dance Studios) an opportunity to be a live-in Caregiver for Survivors of sex trafficking in Miami presented itself. After an enlightening and transformative 3-months of closely caring for those who suffered severe cumulative trauma in the sex trade, it was impossible for Patricia to go back to business as usual.  It was time to step into a career that was more congruent with the person she was evolving into. Becoming the Program Manager for Join Rise Be is exactly that.

Desperately trying to navigate the complexities of her own past trauma, Patricia found alcohol to be a sufficient escape.  Deep in her soul and Spirit she knew there was a better solution, but until she found it, alcohol would have to do.  During Memorial Day weekend in 2005, Patricia and alcohol had their final battle when she won by choosing life after a failed suicide attempt.

She pursues recovery through her strong Christian faith, her love for CrossFit, working with a Life Coach, holding space for others, and by allowing others to hold space for her.

You might hear Patricia “bragging” about doing 300 burpees, or complaining about how difficult her weighted vest workouts are.  Patricia got in trouble multiple times throughout middle school and high school for not participating in Gym class, for refusing to do the required mile run, and for swearing at the teachers in her defiance.  As a child, teen and young adult, Patricia just would not accept having to wake up to an alarm or being forced to exercise. (She still has not found a way to accept the alarm), but thankfully the exercise war is over.

Patricia knows what it’s like to refuse engaging in fitness due to false beliefs that stem from fear, self-doubt, negative voices, and past hurts.  When she discovered her passion for exercise, it not only provided confidence, but it also enhanced her mental toughness, which in itself propels the recovery process forward. When she shares about her workouts, in a sense she’s bragging to herself.  She is still in disbelief that the same person who got detention after detention for skipping gym, willingly does hundreds of burpees for fun!  It is her hope that she can help open the door to this same discovery for Young Adults around Connecticut to help aid them in their process of transitioning into adulthood.